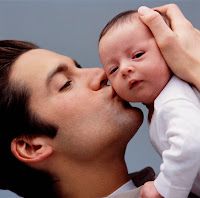 
This piece was originally published on The Conversation website.

In the 2005 film Transamerica, Felicity Huffman’s character, Bree, is set to begin gender reassignment surgery when she receives a phone call from a teenage boy looking for his father, Stanley, the man Bree used to be. Bree’s psychiatrist refuses to sign off on her surgery until she resolves her feelings about her unexpected “fatherhood”.

This scenario is primarily a set up for a quirky road trip as Bree sets off to meet her son. But it also reveals a lot about the starkly gendered terms around which parenthood is constructed: How will Bree feel about being both a woman and a father? Is there not an inherent contradiction in these two identities?

Parents who are transgender tend to confront people’s ideas about the possibilities of parenthood. In 2008, American transgender man Thomas Beatie went public about being the first legally recognised man to give birth to a child. The media was aghast with the idea of a pregnant man.

They debated whether he should be seen as male or female, the concept of a transgendered man seemingly difficult to accept. Commentary implied that Thomas Beatie gave away his right to claim a masculine identity when he chose to use his uterus.

As many authors have pointed out, gender tends to be understood in binary terms. You are either a man or a woman, a mother or a father – nothing in between. Transgender people are often understood as people who have “swapped” their gender – a man becomes a woman or vice versa. There can be pressure on transgender people to occupy hyper-masculine or hyper-feminine character roles to “prove” themselves as the opposite gender.

But in reality, transgender identity is often more about not fitting conventional gender patterns. Some people embrace the identity of “gender-queer” to reflect that it is about queering gender, not swapping gender. In this sense, a transgender man who has a child is not always going to see himself as a “mother” who has decided to become a “father”. He may be a mother who does not identify as a woman.

But gender binaries play out strongly in public dialogue around parenthood. Recently, Senator Ron Boswell lamented in the Australian Parliament that the problem with gay marriage was that there is no-one to take a male child fishing, or to the football, in lesbian-parented families. While most people now roll their eyes at such ludicrous gender stereotypes (and women have been known to go fishing), our culture still tends to be highly sensitive to gender norms when it comes to babies.

Women are often vehemently chastised for transgressions in pregnancy or early motherhood: returning to work soon after childbirth, prioritising work over childrearing or choosing not to breastfeed. It is on this level that a transgender man having a baby challenges deeply felt notions about the “naturalness” of motherhood.

Trevor MacDonald is a transgender man in same-sex relationship. By conventional standards Trevor McDonald is a “mother” — both biologically and socially. He gave birth to his baby, he stays at home as primary carer and he breastfeeds. But Trevor is a man and a father.

As a breastfeeding advocate, Trevor has publicly shared touching stories of support from strangers, such as the women who congratulate him for giving breastfeeding a go. But he also speaks about the criticism he has copped when feeding in public. On an airplane a woman felt compelled to publicly shame him, telling him his child needs a “real” breast. A real breast is presumably one attached to a female body, not Trevor’s body, irrespective of whether or not that breast produces milk.

The vitriol is hard to comprehend. Does it matter if Trevor is a man or a woman? He is caring for his child. But people get confused about how to comprehend a parent who might be both (or neither) mother or father — or whose gender status they can’t pinpoint.

As Trevor McDonald has experienced, often when people get confused they get angry. In the same way that so many women face criticism for their choices about motherhood, the “best interests of the child” can become a permission slip to attack an individual for their identity or decisions rather than to engage in any meaningful reflection on why traversing gender boundaries is so threatening.

This is the second part of our short series on motherhood. Click on the links below for other articles in the series:
Part one: A womb of her own: risking uterus transplant for pregnancy

Jennifer Power receives funding from the Australian Research Council, VicHealth, Relationships Australia and ACON and in kind support from Gay and Lesbian Health Victoria and the Queensland Association for Healthy Communities.

This article was originally published at The Conversation. Read the original article. 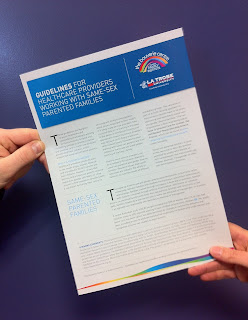 As part of the Work, Love, Play study, we have developed a set of Practice Guidelines for health and welfare professionals who might be working with same-sex attracted parents and their families.

I am always a bit cynical about Guidelines. Do they really change much? We all know most end up collecting dust.

But the central aim of these Guidelines was to get people to think about their own practice and whether what they currently do is inclusive or inadvertently exclusive of LGBT couples and families. So, hopefully, even if someone only browses these Guidelines once before putting them on the shelf that will be enough to spark some sort of reflection.


In the development of these Guidelines we spoke to same-sex attracted parents and to service providers (some of whom worked a lot with same-sex couples and some of whom had very little experience). The service providers all expressed an interest in resources that could help them feel more comfortable and confident working with same-sex couples—many said they felt ‘naive’ when it came to same-sex parented families. They were interested in ways in which same-sex couples created their families and family life, but were worried that they would ask the wrong questions or use the wrong words. So our Guidelines are partly educative (what are some myths about same-sex attracted parents? what do same-sex couples value when using services?) and partly instructive (what are some ‘door opening questions’ that will invite people to tell you about their family?).


These Guidelines are free and I am happy to send copies out to parents or to organisations. Just email or call me on 03 9385 5131 (Australian number) for more information or to place an order.

The Bouverie Centre also conducts training for health and welfare services on working with same-sex parented families. If you are interested in more information about this just email or call.
Posted by Work, Love & Play at 2:49 PM 3 comments: Links to this post