The following piece appeared in the National Times on 21 February 2011. 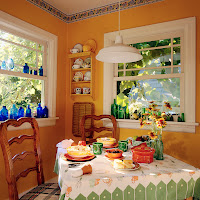 As the television series Mad Men apparently spawns a new desire among women to wear aprons over gowns,  lippy smothered ear to ear, while vacuuming the floor – a new study suggests it is lesbian couples that have modernised the meaning of housework.


For the past two years, I have been involved in the Work, Love, Play study at La Trobe University. We have surveyed lesbian parents about their everyday family lives and how they organise their household tasks. Who does the dishes? Who takes out the garbage? Who puts the kids to bed?

We were essentially interested in whether same-sex couples organise their households differently to heterosexual couples, particularly once children are in the mix.

Our findings are that lesbian couples are more likely to report a fairly equal division of labour in their household, compared to their heterosexual counterparts. On the whole, lesbian mothers are less inclined to feel like they shoulder more of the housework or parenting responsibilities than their partner.

This is not to suggest lesbian couples are better on the home front than heterosexual couples. In fact, sexuality is, in many ways, a minor plot line in this story. Gender is the main topic of interest here.

The common thread was that women in lesbian relationships were doing what millions of heterosexual women do everyday – simultaneously managing the competing demands of work and family. Not only was there a more egalitarian sharing of household tasks, lesbian couples were much more likely than heterosexual couples to manage their work and family demands by both working part time.