Not the only gay in the village 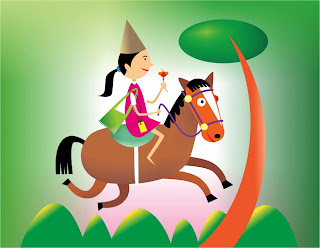 In June this year the first child ever born through IVF in Australia turned 30. In this same month, the NSW Parliament debated whether to allow lesbian and gay couples to adopt children; journalists clamoured to ask the new Prime Minister to clarify her stance on gay marriage; and the media revealed findings from a high profile US study: children of lesbian parents grow up well adjusted. Like it or loathe it, the past few decades have ushered in a whole new social landscape for Australian families. Within this, lesbian and gay parents have achieved unprecedented levels of visibility. But for all that visibility, what is life really like for these parents and their children?


There are pockets in inner city areas where lesbian and gay parenting is pretty normalised and there is a lot of support available. There are 'Rainbow' playgroups where kids and adults find like minded friends, it is not hard to find services that openly promote themselves as gay friendly and most schools have pretty good anti-homophobia programs. Living in the inner city, however, isn't an option or a preference for many people – even gay people.

I am involved in some research at La Trobe University looking at the experiences of lesbian and gay parents. Surprisingly, of the 450 families who took part in our study, close to 60% did not live in the inner city. Instead, these families lived in the outer suburbs or regional/rural areas of Australia.

There is a lot of idyllic imagery associated with rural life. The pace is slow, towns feel safe and community bonds are strong and genuine. But the flip side of this can be a lack of anonymity and diversity that makes it hard for people to be 'different' in small towns. Sadly, a lot of what we hear about gay life in rural Australia relates to the high rate of suicide among young men who can't bear the shame or pain of 'coming out' to their small community.